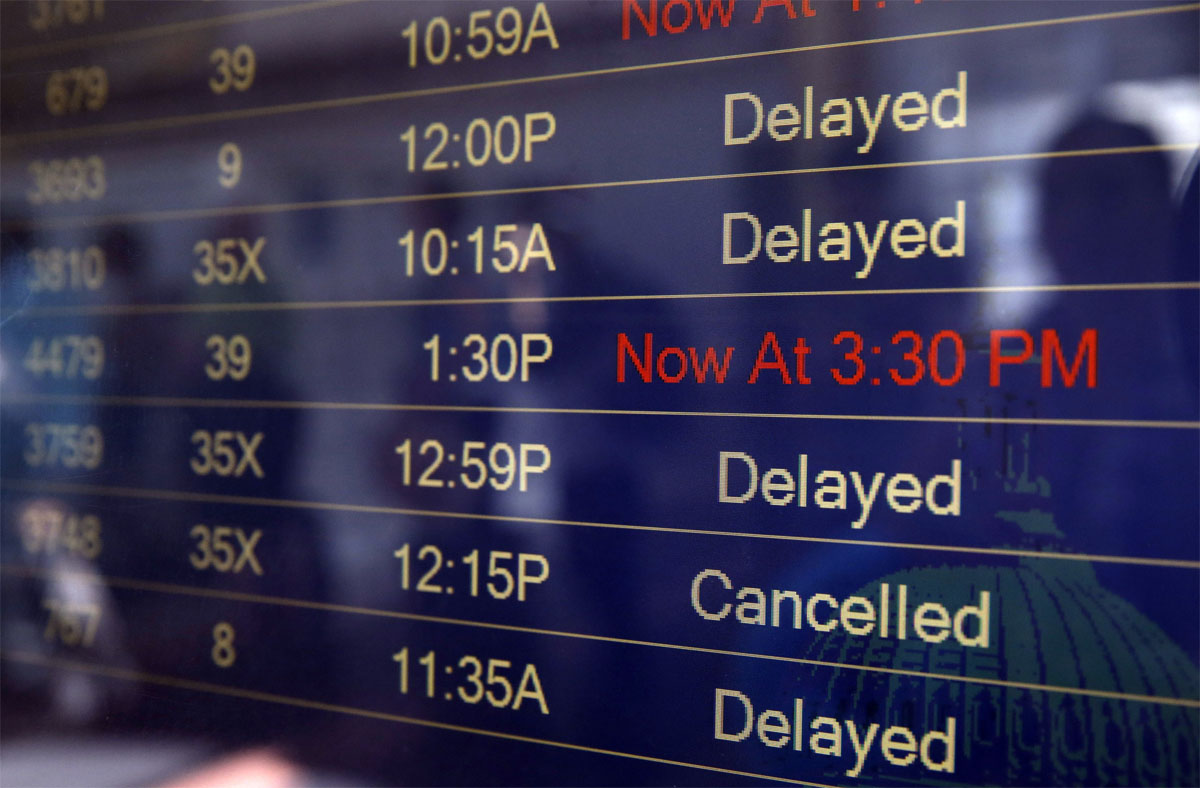 Airlines are expected to deliver on their promises. From ensuring the preferred seat that you have made reservations for to adhering to their schedules, airlines should be held accountable if they don’t deliver on even one of the promises. A common problem with most airlines is flight delay. Flyers are stranded at airports, the flights don’t take off, people arrive late by several hours and the whole itinerary can go haywire with such developments. In such cases, the airlines must not only issue a formal apology and try to ensure that the flyers don’t have trouble during the delays but must also compensate for the inconvenience. Even if we were to exclude emergency scenarios when flight delays can have an irreparable impact, delays causing just inconvenience or affecting the schedule of the flyers are legal grounds to claim compensation.

According to EU rule 261/2004, if a flight is delayed by more than three hours or if the flight is cancelled, then the airlines would be legally required to pay anywhere between £100 and £500 as compensation. There are exemptions safeguarding the interests of the airlines and there are exceptional cases where a lot more money has been paid as compensations.

The EU regulation came into force in October 2012 after the European Court of Justice made a landmark ruling that obligates every airline operating under EU regulations to offer fitting compensation to any flyer who has been delayed for more than three hours, for no fault of the flyer but that of the airline. This is regardless of whether the flyers are being informed of delays or not.

Are you eligible for compensation?

Many flyers don’t wish to deal with the airlines and their painstaking processes to file claims. Most airlines will have an approach of immediate rejection. They could cite numerous technicalities and may even just point out to the problems in the filing process of the claims. It is necessary to note that airlines don’t have to be taken to court for claims. Flyers don’t need to hire expert attorneys who would charge a lot of money to file the claims. What you would need is awareness of the eligibility factors and you must have some help with the filing process. The latter can be attended to by our free flight delay reclaiming letters and our free online reclaim tool.

Here are the eligibility factors so you can assess your case:

People don’t make claims for flight delay compensation every other day. They must be made only when there is an obvious delay of a flight for more than three hours. Such delays are well documented. However, there will be disputes as the airlines will try to save money. Also, you may not have been aware of such laws and thus you might have missed out on making claims for an old case. You need to make such claims and you need to tackle the disputes.

How much Flight Delay Compensation can I receive?

The three hour delay is used as the basis of calculating the flight delay compensation. The price of your ticket will not be refunded. The quantum of delay will determine the amount of compensation. The other factor would be distance traveled. Compensations are per person, excluding any child flying for free.

All these scenarios will call for a refund of fare if the flyer chooses not to travel due to delays of more than five hours.